I found the cutest idea for fall photos on Pinterest last month, and my Hubby, just being the amazing person that he is, helped me recreate that idea. 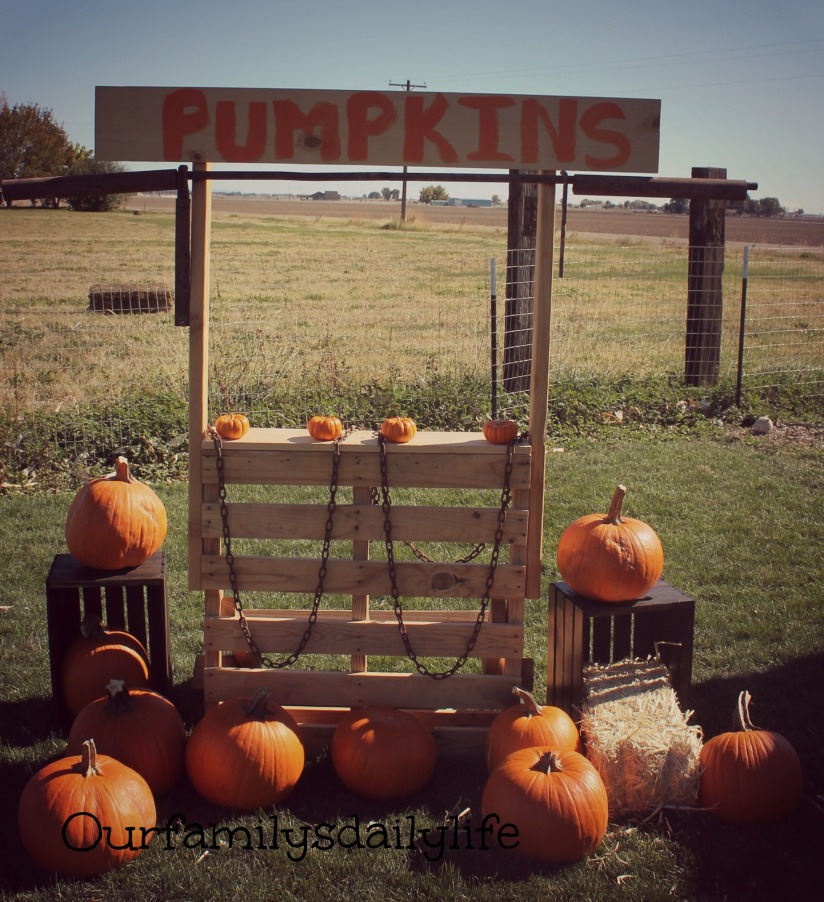 Isn’t this the cutest little setup?! My Hubby built the stand using some free wood he had. I bought the crates at Michael’s when they were on sale, and my oldest son stained them for me. 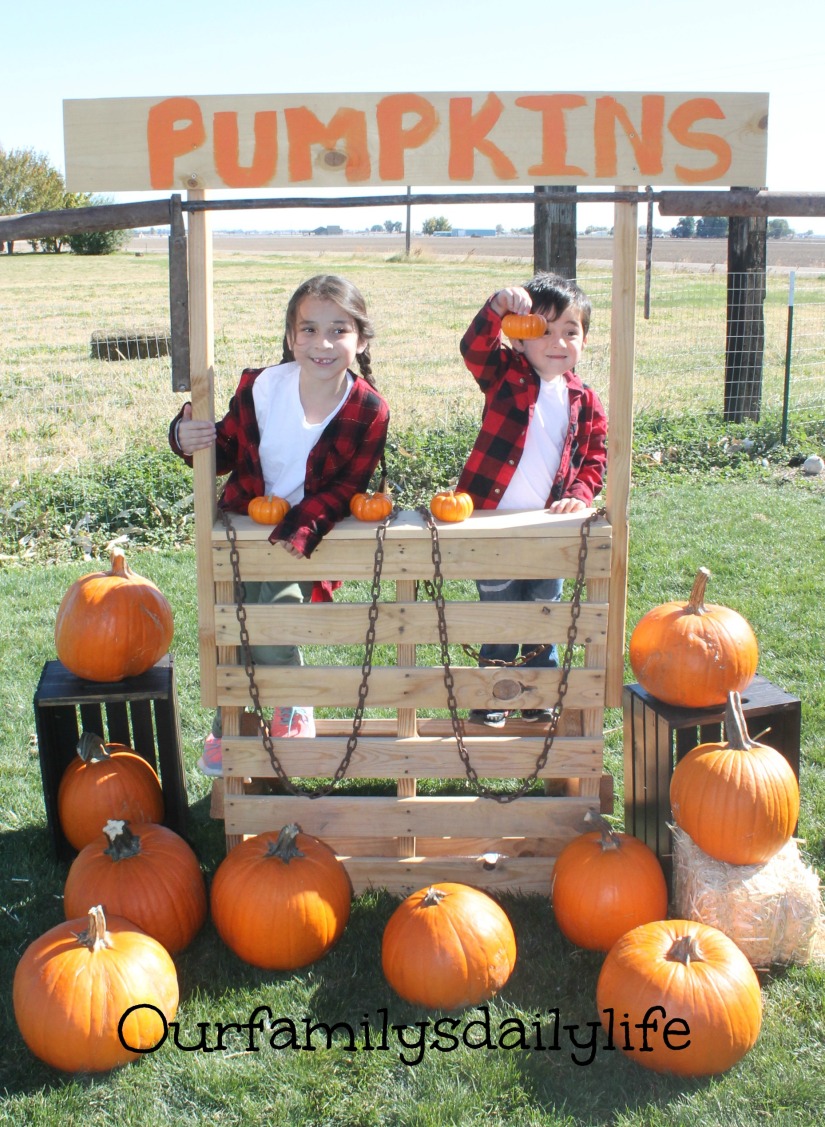 My Hubby also found some old rusty chains to add a little something extra to this setup. 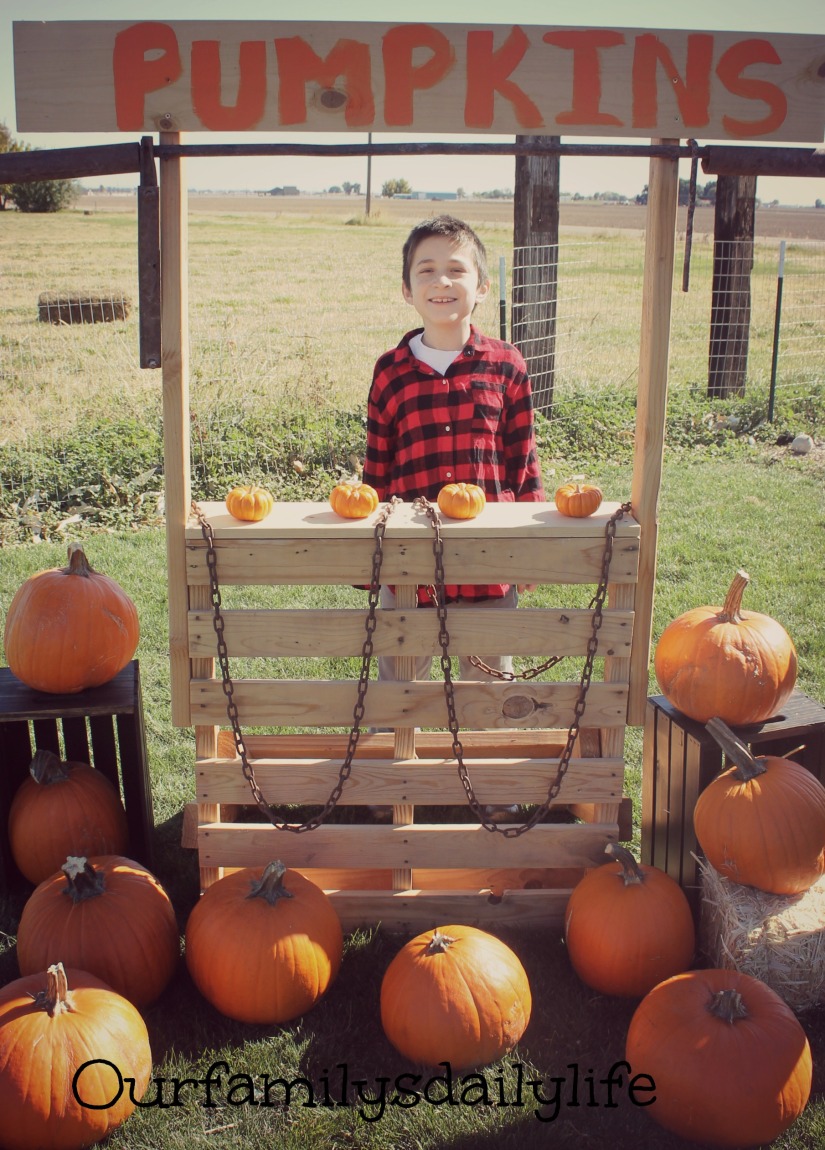 I bought the hay bale at Walmart, i think it was like $5. 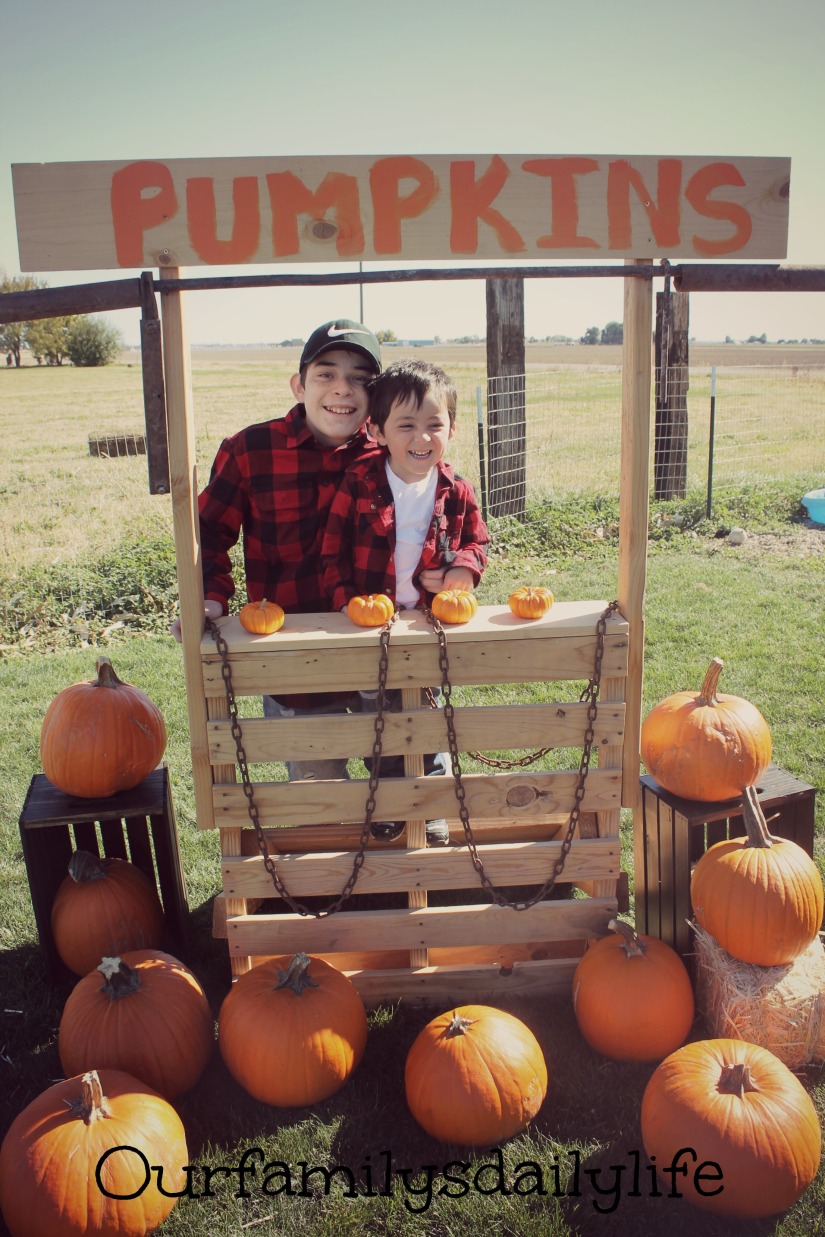 The pumpkins i bought at a local grocery store. 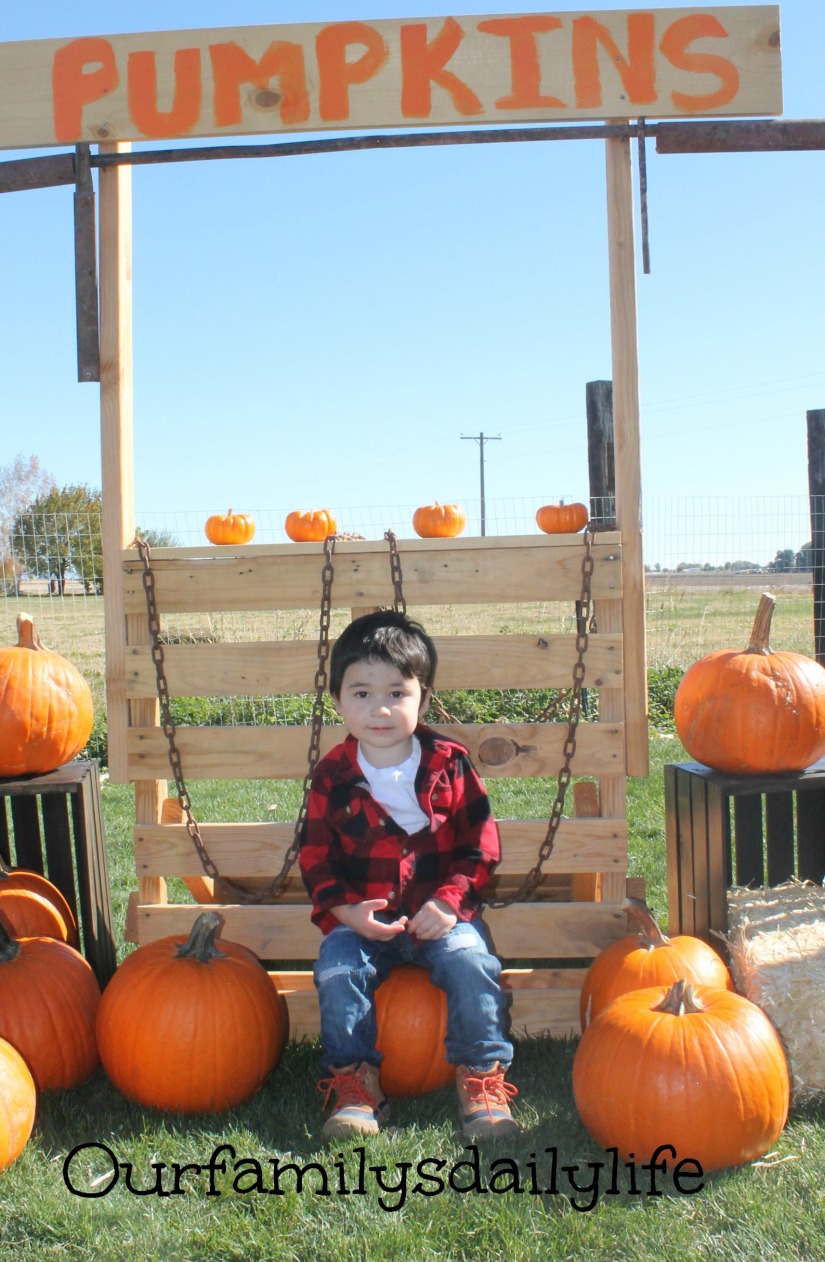 I used some orange craft paint to write ‘PUMPKINS’ at the top. 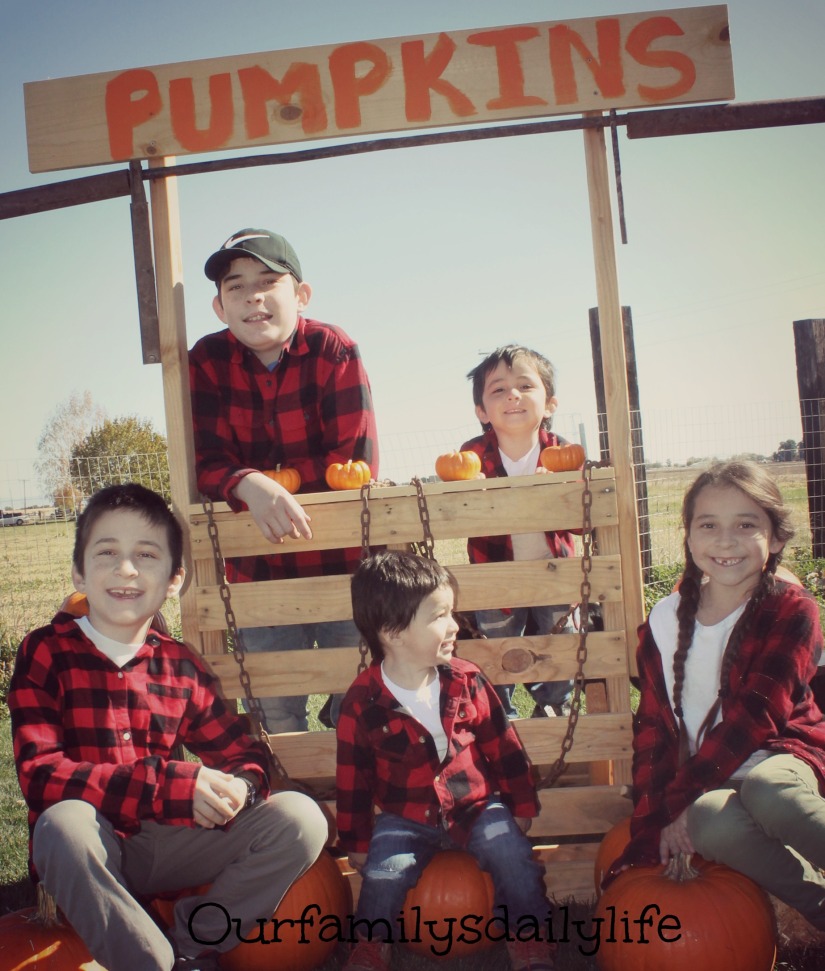 Of course even our puppies had to get their picture taken. 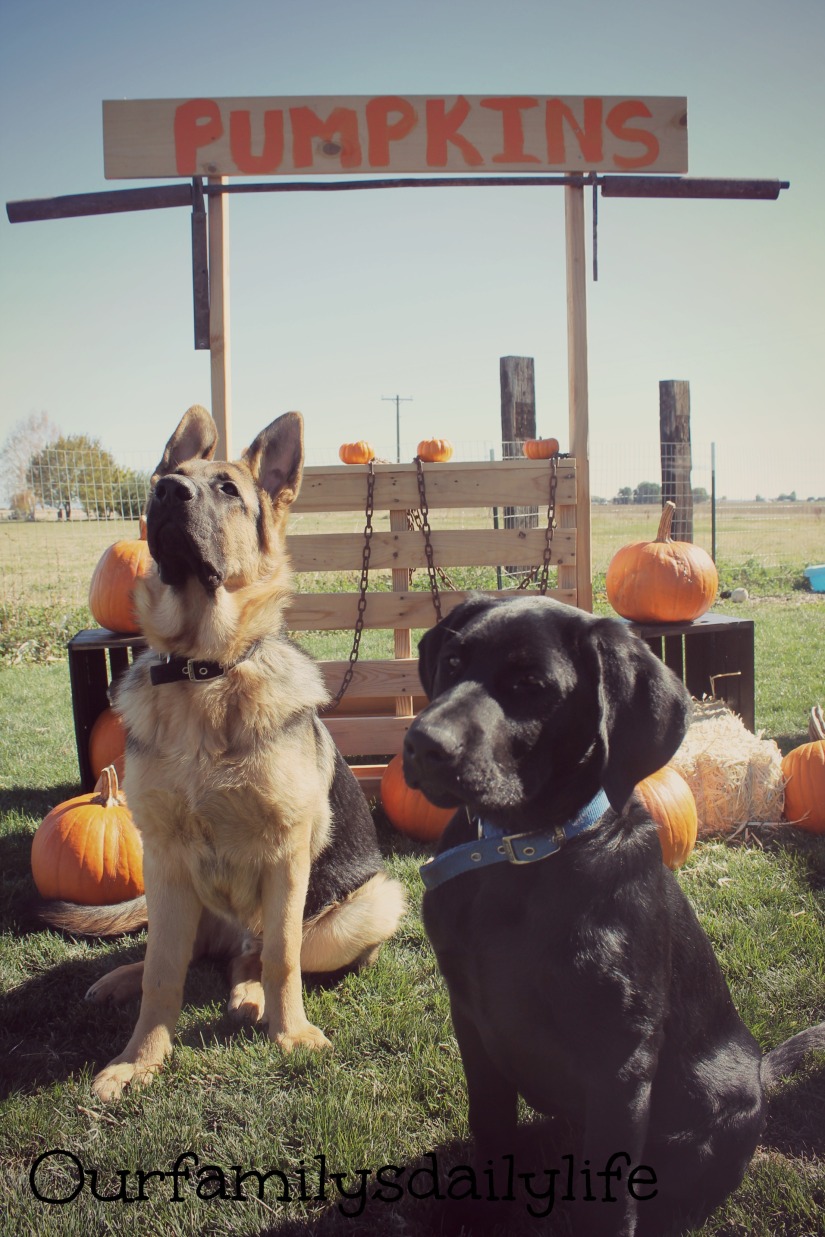 I think these turned out great, i just wish the lighting would have been a little bit better on this particular day.