Today’s printable is my November Bible reading plan. It’s chock-full of Bible verses to get you into a thankful spirit, just in time for Thanksgiving!

“Enter his gates with Thanksgiving and his courts with with praise; give thanks to him and praise his name.” – Psalm 100:4

I wanted to get this post up yesterday, but as luck would have it i came down with a nasty cold over the weekend. Right now it’s 10 o’clock in the morning and as i’m typing this up i have a freshly brewed pot of coffee and a box of tissues next to me. But i do really want to write up this post if not for anything else, but to remember this Thanksgiving, because it was pretty eventful.

Morning time i realized i needed a few things from the grocery store, so i loaded up all the kids and we ventured out to the grocery store. We came back home, put away groceries and started cleaning up the kitchen so we could get started on baking pies.

Once i pulled out all the ingredients for the pies, i realized my evaporated milk (which was to be used for the pumpkin pies) had expired like years ago. Oops! There was no way i was going back to the grocery store, so i googled what else i could use. Luckily i had some heavy cream on hand and was able to use it in place of the evaporated milk.

The kids and i were able to get all 4 pies baked and 36 rolls made up for Thanksgiving.

We also did some cleaning, as my niece was planning on coming over that night to spend the night with us.

I woke up around 7 o’clock and started cleaning up the kitchen so i could get the turkey ready for the oven. I was able to get the turkey in the oven by 9:30.

Shortly after that i started getting the appetizers ready. We did an appetizer lunch around 11:00.

We played some games, and got the rest of our Thanksgiving meal made.

Around 4 o’clock i tried to take the turkey out of the oven, to check and see how it was cooking. In doing so i spilled turkey juice all over the oven and floor of the kitchen. This caused the house to be filled with smoke and the smoke alarms to go off. Which then led to my 4 year old going outside to get away from all the noise. 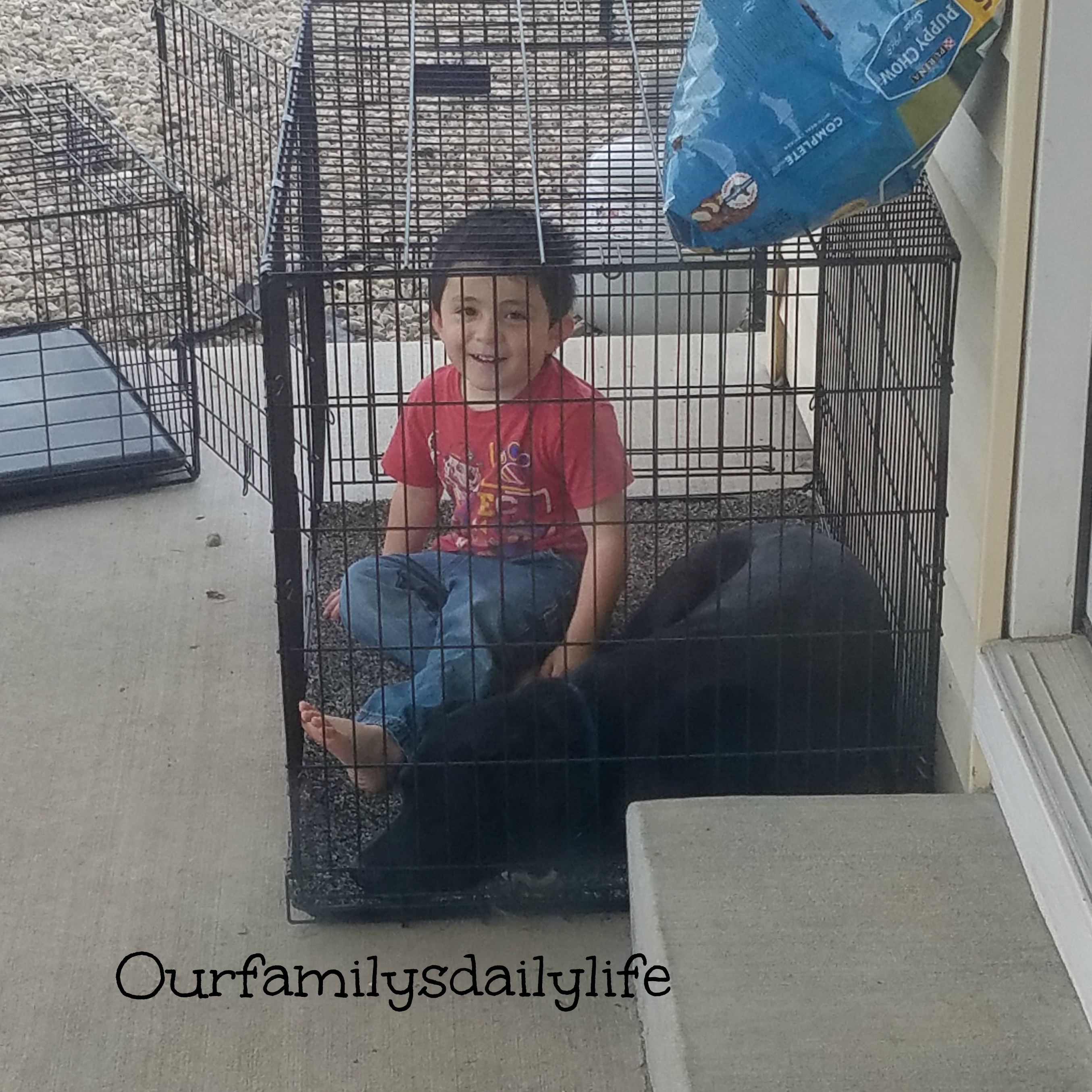 After opening all the windows in the house, turning the oven off, cleaning up all the juice that spilled inside it, and mopping the kitchen floor we were back on track.

We finally ate our Thanksgiving meal around 5:30, which was a whole hour and a half later than i had originally planned for us to eat, but that’s ok.

The rest of the evening was just spent relaxing together as a family.

We had a 9:30 appointment for our dog, Bear, with his veterinarian’s office. He had been limping for 2-3 weeks and it wasn’t getting any better. 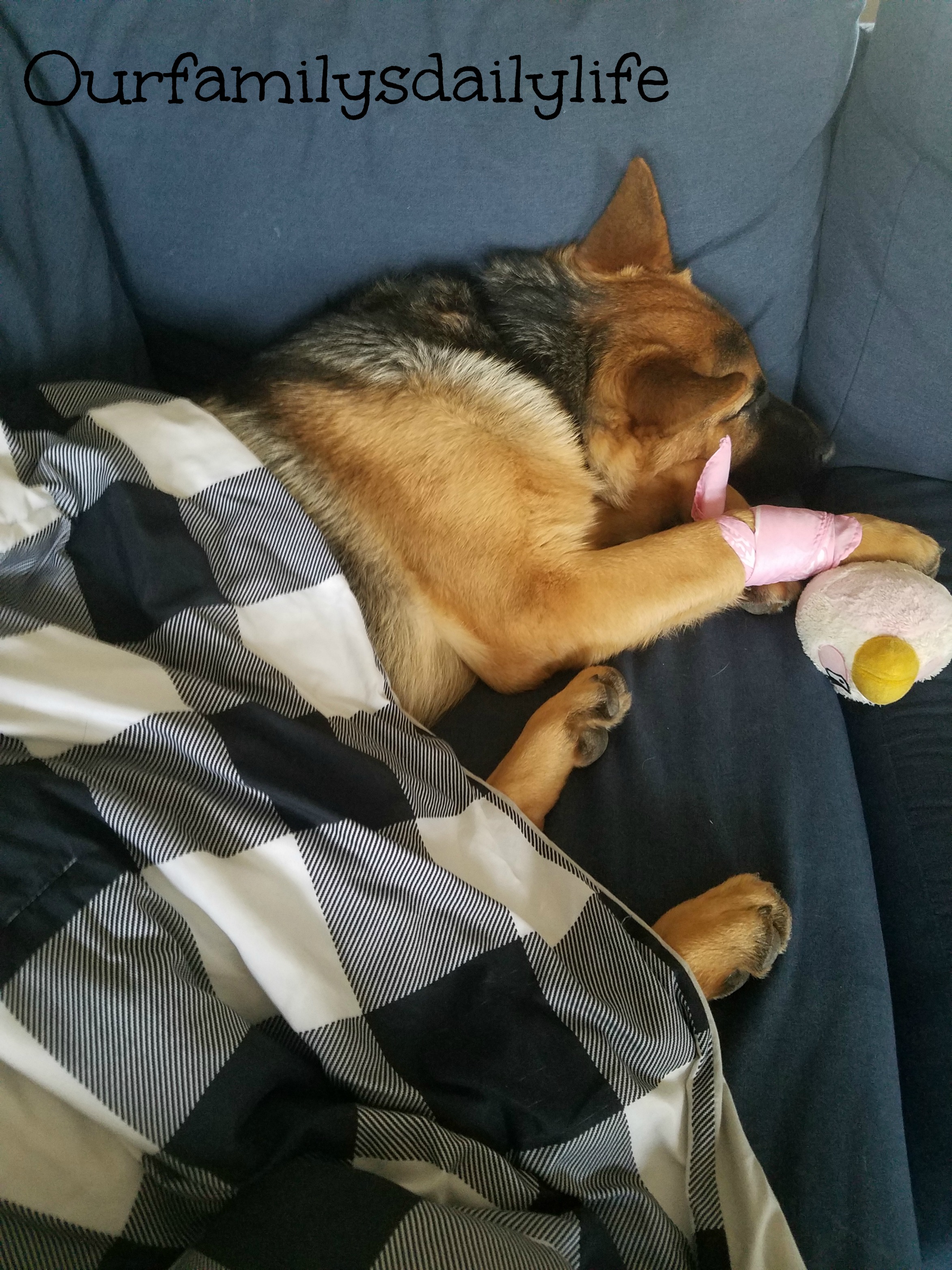 We had to leave him at the vet’s office all day, for them to get some x-rays done.

While Bear was at the vet’s, my husband was told about this dog that was going to be thrown out on the streets because his family couldn’t care for him anymore. We couldn’t let that happen, so my husband went and picked the dog up.

He is 8 months old. We aren’t sure what breed of dog he is, we were told he is a lab/poodle mix, but based on just googling images of that dog i really don’t think he is. I’m fairly certain he is an Irish terrier, but mixed with something else. We did not care for the name he was given, so we are still looking for the perfect name for him.

We got Bear back from the vet’s office and it turns out his joints haven’t grown as fast as the rest of his body, so he is on pain pills and joint supplements for the next 4-6 weeks. He also has exercise restrictions for the next 6 weeks. We are just really glad nothing was broken and that we have our Bear back home.

My 10 year old and i went to get Bear’s medicine at the pet store. We had a fun time looking around at other things in the store.

That night we went over to my sister’s house to see her and have dinner with her family. Once we got back home, my daughter was complaining that her throat was feeling scratchy, and my oldest son also wasn’t feeling well.

I woke up not feeling so great, and my daughter and son were feeling worse. I still went to Walmart to pick up my online grocery order. Came back home and relaxed.

My husband went out to pick up more Christmas lights for the outside of our house, and while he was out he also picked up a Christmas tree.

That’s pretty much it for our Thanksgiving weekend. I hope all that celebrated Thanksgiving had a wonderful day!

“And whatever you do, whether in word or deed, do it all in the name of the Lord Jesus, giving thanks to God the Father through him.” – Colossians 3:17 (NIV)

I’ve created a free printable with some thanksgiving Bible verses, in preparation for the upcoming Thanksgiving holiday. This would be a great time of year to memorize these Bible verses.